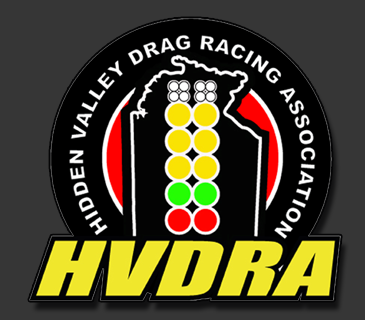 Previously known as the King Cobra Rod & Custom Club, Hidden Valley Drag Racing Association was formed in 1969 with the objective of promoting Hot Rodding and Drag Racing in the Top End. Drag Racing initially commenced at the Hughes Landing Field (abandoned WWII bomber strip) south of Darwin, but quickly found a home at the abandoned Livingston airstrip beside the Stuart Highway, 54 km out of town.

Even with the isolation and trying conditions at Livingston, crowds regularly exceeded 1000 and up to 60 competitors raced.

By 1983 the 40 year old strip had seen better days and the surface became unsafe for the higher powered cars and bikes. Plans for the future widening of the Stuart Highway resulted in the suspension of racing at the old strip. A highly successful final meeting was held in August 1983.

Efforts had been made since 1973 to find a venue for the sport which was closer to Darwin, and in 1979 an announcement was made by Marshal Perron that a motor sports complex would be established at Hidden Valley, some 15 km south of the city.

A Motor Sports Council was convened to co-ordinate and promote this development.

The first stage of the Hidden Valley drag strip was completed in 1984. It was designed and constructed strictly in accordance with International Grade drag racing requirements and is completely level over the full quarter mile timed distance. The track has 1% crossfall to the south and the braking area falls away at 1% from the finish line. The Northern Territory Government assisted the club with funding this foundation stage. Additional funding and effort was contributed by the club. The first race meeting was held at the new track on 9 June 1985. The track was officially opened on that day by Chief Minister Marshall Perron supported by the Hon Darryl Manzie and Opposition Leader Terry Smith. Club President, Spike Morrison, officiated supported by ANDRA chief Peter Shields and South Australian Divisional Director Keith Burgan.

Flood lighting was designed, funded and built by the club and was commissioned in September 1986. It is to television broadcast standard and was regarded at the time as one of the best lighting installations in the country. In 1996, highway standard lighting was installed in the braking area. Again this was a club project including design, funding and construction by working bees.

In 1988 we built our multi-level control tower which has 13mm glass in the main control room window. In 1990 we built the first permanent toilet block on the spectator mound and commenced construction of the canteens and concession outlets. In 1990 the NT government provided grant assistance to the club to place the hotmix surface on the track. This was done using paving machines guided by very tight piano wire to give a very smooth surface. Special high shear strength hotmix was used.

In June 1997 it was announced that Darwin's Hidden Valley Circuit would be hosting a round of the Australian Touring Car Championship and a budget of approximately $2.5 M was allocated for the upgrade of existing circuit racing facilities. This included a new Main Straight that runs parallel with the drag strip, meaning that the drag strip became a dedicated facility and special preparation of the surface for drag racing could be undertaken. It also resulted in a triple tier guardrail being erected along the south side of the drag strip. The club erected triple guardrail along the north side in the braking zone, and in 2000 extended this forwards to the 1000ft mark in accordance with new ANDRA standards. In July 1998 Darwin's Hidden Valley Road Circuit hosted a round of the Australian Touring Car Championship for the first time.

Late in 2000 commissioning of the new Dragtrax timing equipment was completed. The new system, brings the track into line with other major tracks in Australia, incorporating handicap displays at the startline, times recorded at 60ft, 330ft, 1/8 mile, 1000ft and 1/4 mile plus speeds at 1/8 mile and 1/4 mile. It has provision for direct Internet connection and future digital display boards. In recent years there has been a lot of travel between Alice Springs and Darwin and there is friendly rivalry between the two camps. The major meeting of the season is now the "NT Quarter Mile Titles", where up to 20 vehicles make the trip north to Hidden Valley to compete for the title of "NT Champions". Commencing in 2002, Off Street Racing has also become very popular, with large turnouts of Street Registered cars fronting on a Friday night to race each other and the POLICE, with their Commodore Streeter "The Heat".

2005 also saw several improvement projects undertaken including doubling the size of the pits with the introduction of a new ring road, the building of a dedicated inspection bay and storage shed, as well as the erection of a new safety fence between the spectator mound and pit area. These projects have helped to improve facilities for racers as well as spectator safety.

2006 continued on with much success with the club holding two major meets. The 2006 NT Titles saw the return of Brett Stevens with his brand new Ford Top Doorslammer. This was the second ever track appearance for the Jack Daniels sponsored vehicle. Stevens also brought with him Steve Packman to drive the Glenfords Doorslammer. The NT TItles saw over 8000 people through the gates who witnesses Stevens and Packman take on local Supercharged Outlaw stars Matt Abel and Bronte Henning. August 2006 also saw the running of the Trans Tasman Drag Bike Challenge with several riders making the trip from New Zealand to compete. A field of 7 Top Bikes make it one of the largest Top Bike events in Australia including Athol Williams, Brett Stevens and Troy McLean.

In October 2006 the club agreed to change its name to something that was more suited to the sport of Drag Racing and by November 2006 the name had been legally changed to the Hidden Valley Drag Racing Association (HVDRA). The change of name heralded a new era for the club and Drag Racing in the NT.

In July 2010, construction on an international class upgrade to Hidden Valley commenced. After over 2 years of planning, the Hidden Valley Drag Strip was upgraded to include a brand new racing surface, concrete safety walls, improved spectators mounds and state of the art Compulink timing system and 60" green LED display boards (the first of their kind in Australia).

In late November 2018 the new LED lights were turned on for the first time, the lights previously used for the braking are were replaced by the ones originally lighting the Strip. A new Fibre Optic Timing system by Compulink was installed earlier in Novemeber 2018, which now also features trap speed at the 1/8th mile. Hidden Valley Drag Strip now boast one of the greatest drag strips in Australia.

A copy of the HVDRA constitution can be downloaded from here

2021 EVENTS, enter by clicking on the blue text.